On Monday night, the Atlanta Braves mollywhopped the New York Mets in a 12-3 annihilation just one night after putting up 15 on the bitch ass Philadelphia Phillies.

Atlanta has won 11 of their last 12 games. During that 12-game stretch, they’ve scored 90 runs on their opponent’s heads.

Coming into the season, we all knew Ronald Acuna Jr was going to emerge as the star of this squad. He’s batting .301 with 17 homers and 49 RBIs.

After signing a contract that is far below his value, Ozzie Albies has continued his superstar trajectory batting .286 with 11 home runs and 39 RBIs while continuing to be one of the best defensive infielders in the league.

The biggest surprise was the emergence of rookie slugger, Austin Riley, who was called up on May 16th. Riley has 11 home runs in 31 games.

But you can’t forget the veterans on this team making the most noise. Freddie Freeman leads the team in the triple crown stats as he flies under the radar once again as one of the best first basemen in all of baseball.

Josh Donaldson is slugging .470. He’s a crybaby who tried to fight Joe Musgrave last week because Musgrave threw inside and was in no way attempting to hit him but shrug.gif. He’s good or whatever.

Brian McCann had 4 home runs and 10 RBIs in his last five games. He is the anchor of this team’s winning streak. You can tell these guys really rally around their catcher.

Atlanta is 4th in runs scored and 3rd in hitting but it’s not just their dominant offense that’s leading this streak.

Oh, and they have a former Cy Young winner joining their starting rotation on Friday. 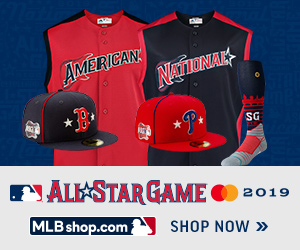